FACT 1: In a survey carried out by Nielsen, 92% of consumers report that a word of mouth recommendation is the top reason they buy a product or service.

FACT 3: North Eastern University research shows that “77% of word of mouth is face to face and 6% is online”

Great Word of Mouth Marketing focuses on the following areas: 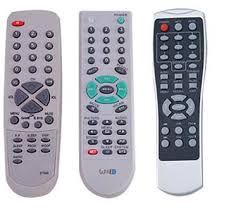 Feedback and Innovation:
Q. Where will the idea for your next big selling product or service come from? A. Have you considered asking your customers?
One night, while channel surfing, I noted the number of buttons on my TV remote. I also had a Foxtel remote and a remote for the surround sound system. Having nothing better to do, i decided to count the number of buttons on all three remotes. 167. Then i counted how many buttons i actually used. 10.
My first question was 'what the hell are the other buttons for'? (I still don't know!)

Not long after, Apple came out with a remote control that could access all technology with much fewer buttons.
Its important to ask the end user for their feedback on our products or services. Chances are high that they will reccomend a small improvement that will go down a storm in the market place.
​


Customer Education:
Peter Walstab is the CEO at Excellent Edges. In the hair salon industry, his product is known as the 'Rolls Royce' of scissors.
I have asked numerous business owners how much they would pay for a pair of scissors (not from hair salons). The response I usually get is $10-$20.

Excellent Edges sell scissors for up to $3000 per pair.

They compete in a market that sells scissors for between $400-$220 a pair, yet they are growing. Why?

Peter realised that 'If there is no education behind a clients purchase decision, what will their decision be based on? 95% of the time it will be based on price and i am unable to compete with cheap foreign imports'.

Peter also notes that the hairdressers get repetitive strain injury through using poor quality scissors. These poor quality products require more cutts to be made which reduces income for hairdressers.

When a client realises the full potential of a product or services we sold them, we get a lift out of it and they are more likely to remain a client and tell others.

Q. How are you educating your customer? Are they making full and effective use of the product we sold them?

Relationships:
Windsor one make ceiling moudlings for the buidling industry.

Following the stock market crash of 2007, demand from the building industry dropped by 60% overnight. To cut costs, the $250,000 budget was cut. Windsor one had to ask themselves, how are we going to sell product when we have a zero marketing budget?

In every product pack, a note was included 'Call Kurt for a shirt' with a phone number. Initially, installers would call just to see it there was actually someone called Kurt on the end of the phone. Many were surprised when Kurt answered the phone. He also sent them a shirt. But thats not all he did. Kurt asked them about what projects the installers were working on, what problems they faced and what would help solve these issues. Word spread. Kurt was a real person and was keen to receive feedback and provide help (and a free shirt).

If you are not in the business of building relationships, you are missing out - on so many levels.

​Conversation: Know who you want to talk too.

I do a lot of business mentoring. I also do some public speaking on Word-of-Mouth Marketing.

One of the questions I regularly pose to business owners looking for more business is ‘Who do you want to talk too’?

A common response I receive is ‘anybody who could use our product or services’.

If I dig a little deeper, the respondent usually says ‘someone with a turnover between......’

What becomes apparent is that a large number of business owners don’t know who they are likely to get business from.

If they ask a client to refer them and the client asks who to, they respond with the above.

Unfortunately, what they are communicating is ‘I would like you to think about who would make a good client for me’.
What they fail to doesn’t recognise is how much of their clients time would be required to successfully achieve this. It is an arrogant and lazy presumption at best.

It is also a missed opportunity to tell a story. People love and remember interesting stories. When it’s a meaningful and interesting story, it reflects in the storytellers attitude and allows our natural enthusiasm, knowledge and sincerity shine through. This is what people buy into.

Take some time to look through and identify your top 3 client types.
What do they have in common (industry, network, pastime etc.)
​What common problems and opportunities do they face and what stories could you tell about them.
​

Did it reflect the high standards of the company.

A colleague told me a story about when he and his wife went shopping for a caravan. They were looking to spend more than $30k and eventually found ‘the right one’. What they couldn’t agree on was the table. Should they have a table to sit themselves and the kids which they could enjoy lunch at, but would take up a lot of space, or should they have a smaller 2 person table that would take up less space but the family couldn’t sit around? It was a cost differenc eof $80

They were at an impasse.

The sales person, excused himself and went into the factory to return a few minutes later with a small table and stated now you can have both options at no extra cost. The couple were so impressed that they agreed to purchase the caravan.

Some months later, the couple had one or two minor issues with the caravan. The husband was interstate and so the wife went on her own to the after sales department to resolve the issues. The response she received was completely different and was in fact quite demeaning and sexist.

What was a terrific story about meeting the customers needs and exceeding their expectation was replaced by one of making the buyer uncomfortable.

​Analysis reveals that each ‘touchpoint’ where a customer has interaction must make the customers experience easy, helpful, memorable and pleasant. It provides businesses with an opportunity to market themselves, increase the likelihood of repeat business and generate new business through positive Word of Mouth.

​Jeff Bezos, the founder and owner of Amazon says the following about customers:
We work hard at being very customer-obsessed and expressing that through innovation.
It's about starting with the customer and working backward.
I don't know if that sounds obvious, but I think it's actually a fairly rare approach.

Richard Branson also states ““There’s no magic formula for great company culture. The key is just to treat your staff how you would like to be treated.”

Both Richard and Jeff stress the importance of relationships.

Does your company culture reflect this?
Is the business structured in a way that supports customers needs?
​Are company systems customer focused or business focused?

How Word of Mouth helped Malnourished Vietnamese children
In 1990, Jerry Sternin was working for ‘Save the Children’, the international Organization that helps Children in Need. The Vietnamese Government invited them to open a new office in Vietnam to fight malnutrition. However, on arrival he received quite a chilly reception. Not everyone in the Vietnamese government was supportive of his organization. Because of this, he was given just six months to make a difference. Not only did he not speak Vietnamese, but his resources (especially financial) were meager. In his words “we had no idea what we were going to do”.

All the available existing analysis on the local malnutrition problem turned out to be true but useless. Sanitation, poverty and purifying water were projects which would take a long time to get up and running and would not make an immediate impact on the malnourished children.

Sternin identified 3 areas which were making a difference:
This is a real world and sustainable solution but as Sternin observed “knowledge does not change behavior”. So he organized the village into cooking groups which helped the mothers build new habits and gave them hope that their own child could be healthy.

Six months later, over 65% of the kids in 14 villages were better nourished. From this, word spread of its success and eventually this approach spread to a further 265 villages reaching a population of 2.2 million people.

The undoubted success of this project came down to the villager’s communication.

In business we need to engage our clients to do the same.

Clients willing to pay more:
A practice of lawyers engaged my services to help them grow their business. I suggested a good place to start would be to gather some feedback from their clients. This would include 'the good', 'the bad' and (not the ugly) areas where the practice could make improvements that would benefit the client.

One of the clients i spoke with was Glenn, who owns a growing firm of electricians specialising in property development. He had a high regard for the main partner at the law firm who was recognised as a specialist in a particular field of law. A couple of areas he mentioned that he did not like included having to wade through lengthy invoices that detailed every 6 minutes of billed time. Also it was often a lengthy process to get advice on a time sensitive business decision.

Glenn then stated that 'He would be willing to 'pay more' for a service that would enable him to pick up the phone and get an immediate answer to a problem/ opportunity'. The solicitor was dumbfounded! Why was this the case? Further analysis revealed that the time sensitive discussion Glenn needed to have was potentially worth millions of dollars. The amount that could be made or lost based on a legal advice, was worth far more than a few hundred dollars in extra legal fees.

With this information, the solicitor went back to the client and negotiated a monthly fee for this new service.

Not only did the new arrangement meet the clients needs, but the supplier made more money and generated less paperwork.

The key take-away from this is: If you don't ask, you don't know!